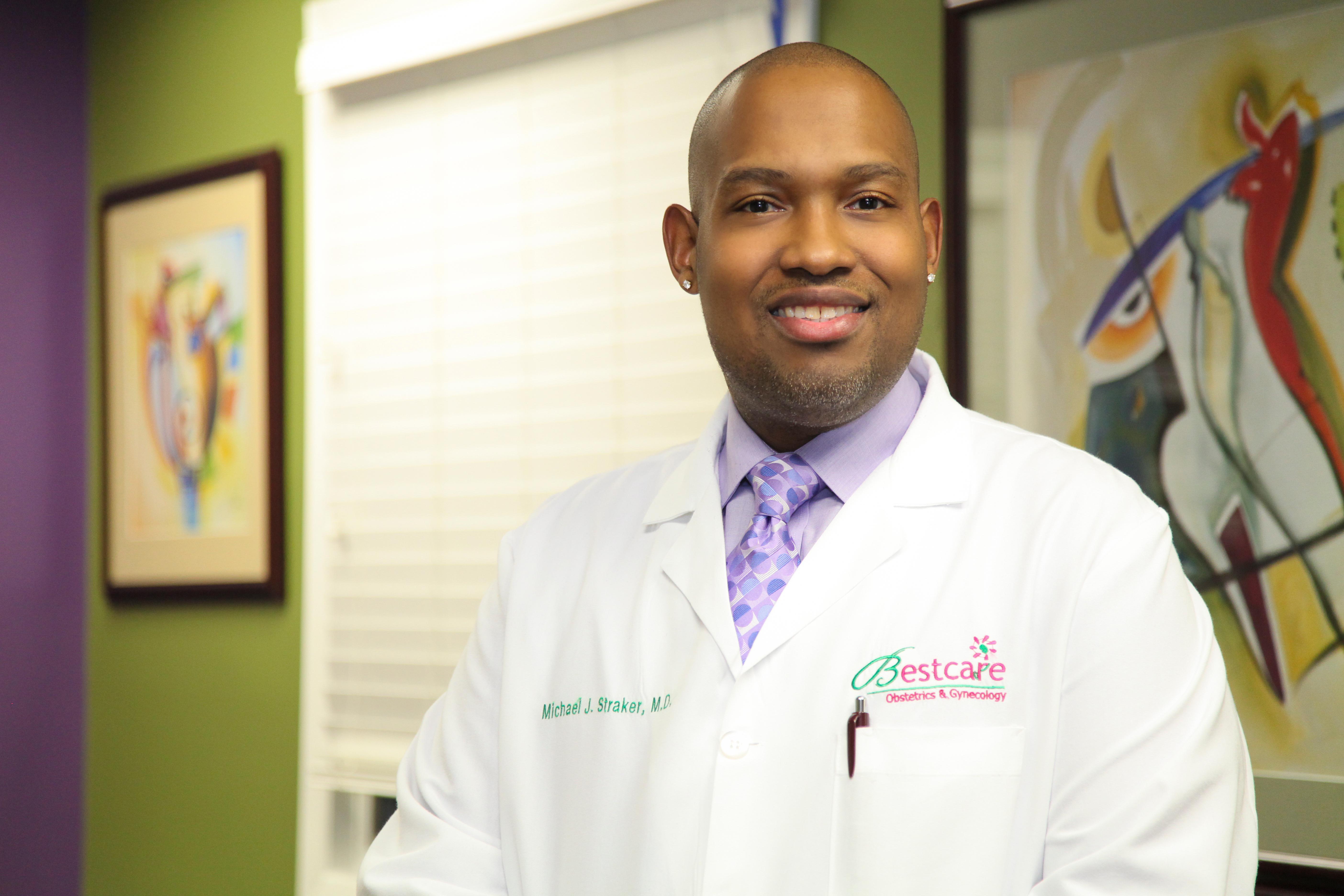 Dr. Straker grew up in West Hempstead on Long Island, New York, and graduated Salutatorian of the class of 1991 at Long Island Lutheran High School. He is a 1995 graduate of Johns Hopkins University where he earned his Bachelor of Arts in Biology. He earned his medical degree in 1999 at Mount Sinai School of Medicine of the City University of New York, where he served as a Teaching Assistant in Anatomy and served as the Region IX Director of the Student National Medical Association. In 2003, he completed his residency training in Obstetrics & Gynecology at St. Barnabas Medical Center in Livingston, New Jersey, where he was the first African American to graduate the program.

Dr. Straker is licensed to practice medicine in the state of New Jersey and is certified in numerous areas including minimally invasive da Vinci Robotic Surgery. He is board certified by the American Board of Obstetrics and Gynecology. He is a member of the American Medical Association, the National Medical Association and is a Fellow of the American College of Obstetricians & Gynecologists (FACOG). He is a Clinical Assistant Professor of the Department of OB/GYN at the New York Institute of Technology College of Osteopathic Medicine. In this capacity, he teaches Obstetrics and Gynecology to medical students rotating through Clara Maass Medical Center. He previously sat on the Board of Directors of the Neighborhood Health Services Corporation (formerly the Plainfield Health Center) in Plainfield, New Jersey.

Dr. Straker believes in staying active within the community. He is a member of the Montclair Alumni Chapter of Kappa Alpha Psi Fraternity, Inc. He is an active member of Elmwood United Presbyterian Church where he serves on the Deacon Board and participates in the Pastoral Care ministry, the Men of Faith ministry, and the Marriage Enrichment Ministry. He also serves on the West Orange Zoning Board of Adjustments.

Dr. Straker loves to cook and keeps his smoker active year round. He lives in West Orange with his wife Jamelle, and his two sons Eric and Jay.

We accept most commercial plans! If your insurance is not recognized on this list, please call our office for any additional questions.